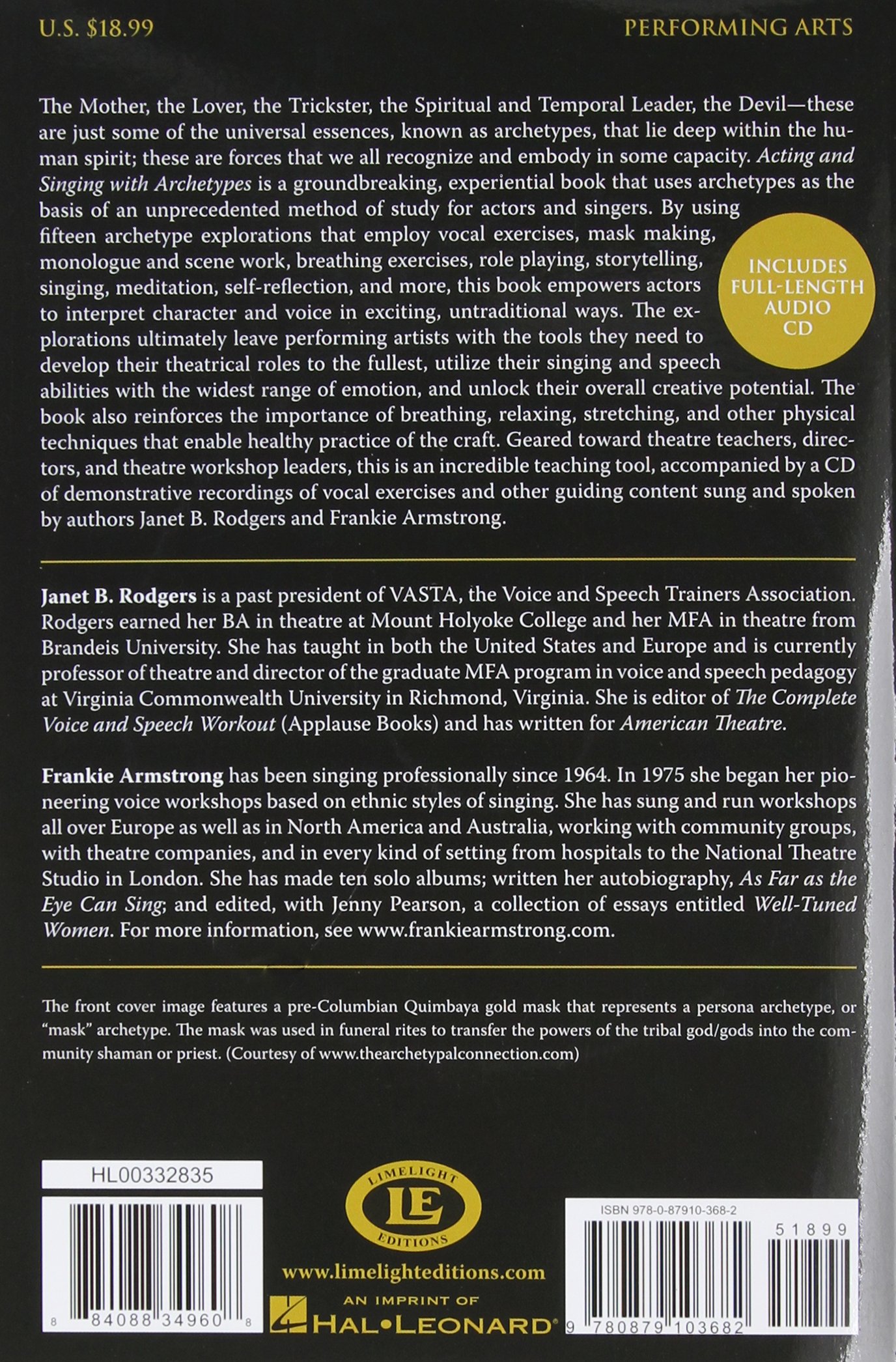 Acting and Singing with Archetypes

The journeys in Acting and Singing with Archetypes are based on the Voices of the Archetypes and Myths workshops that Frankie Armstrong has conducted throughout Europe, Australia, and the United States. Primarily geared toward theatre teachers, directors, and theatre workshop leaders, this groundbreaking, interactive book  with an accompanying CD  shows actors and singers how to expand their creative choices by taking journeys to find the archetypes within themselves. Archetypes are universal essences that we all recognize: the Mother, the Lover, the Trickster, the Spiritual and Temporal Leader. Each one is not a fully developed character but rather its essence  images, forms, voices, bodies and psychological elements  around which a performer can organize a portrayal and begin full character development. The first part of the book contains sixteen archetype journeys. Each archetype journey is accompanied by preparatory explorations for the voice, body, and imagination. The CD, sung by Ms. Armstrong, provides songs and examples of vocal ornamentation to prepare and assist the journeyer. The second part of the book contains suggestions on how to apply the discoveries to real acting situations, explaining how to use the archetypes in the creation of multifaceted characters and in classroom explorations such as mask making, improvisation, monologue, scene and song work, and devising theatre.

About the Author
Frankie Armstrong has run workshops all over Europe as well as in North America and Australia., She has made ten solo albums, and edited a collection of essays, Well-Tuned Women, with Jenny Pearson. Janet Rodgers is past president of VASTA, the Voice and Speech Trainers Association. She was a Fulbright Scholar to Romania in 2004-2005 and is head of theatre performance and directs the graduate MFA program in Voice and Speech Pedagogy at VCU in Richmond, VA. She is editor of The Complete Voice and Speech Workout, published by Applause Books.