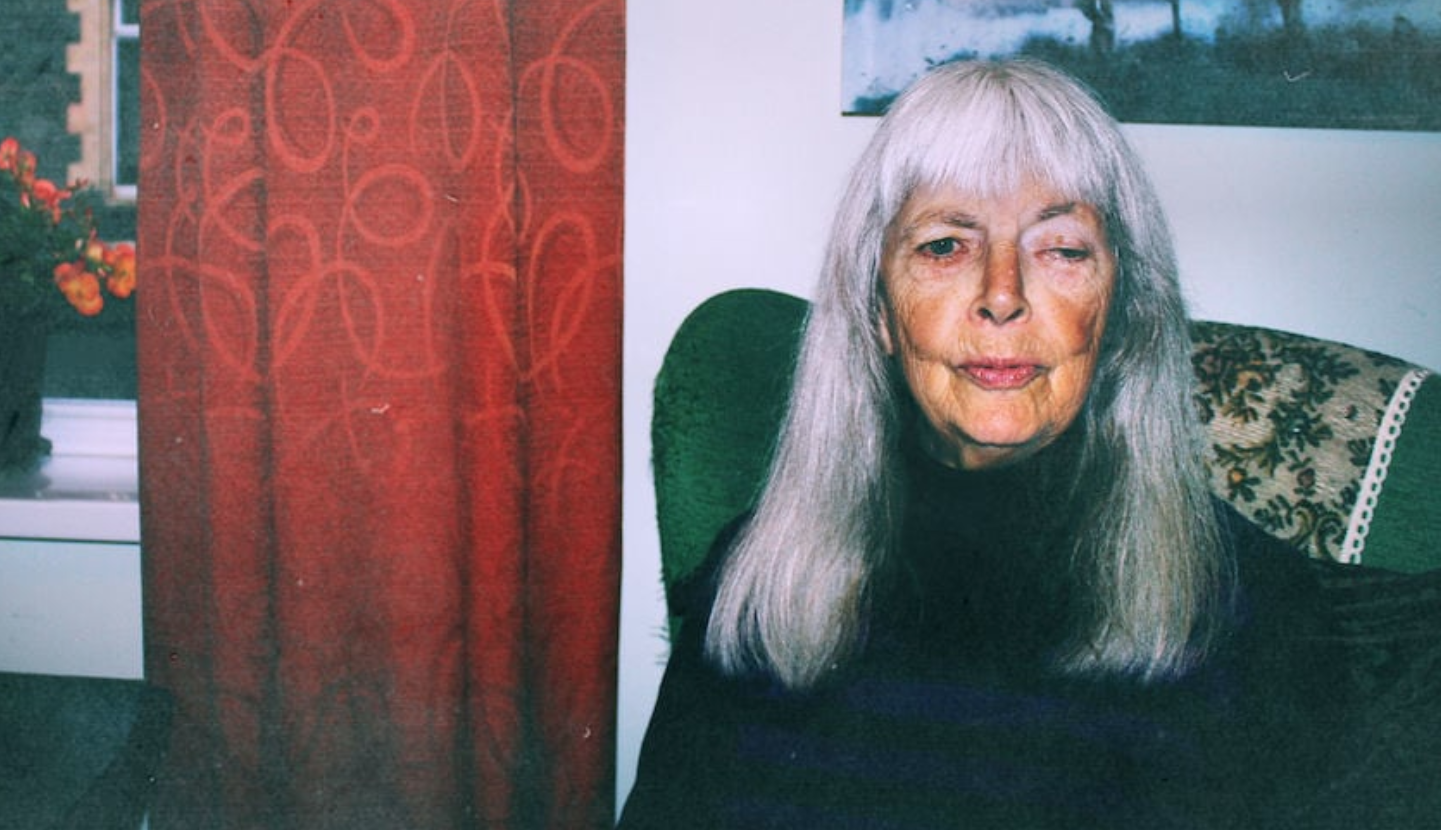 Frankie Armstrong is considered the “godmother” of the Natural Voice movement. She began singing professionally in 1964, and came to wide notice in 1972 with her cult classic record ‘Lovely on the Water’ (Topic Records). She has gone on to work with historic and contemporary legends alike – including Anne Briggs, Dave Van Ronk, Peggy Seeger, Leon Rosselson, Alasdair Roberts, Stick in the Wheel and Lankum. Frankie’s long and impressive career was recently marked with the Gold Badge Award from the English Folk Dance and Song Society.

…a collection of songs that transcends genre and fuses the history of vocal music with the most exciting aspects of its present.

Thomas Blake on Green Ribbons
She is now releasing her twelfth record “Cats of Coven Lawn” on her 80th Birthday. The album was recorded over a couple of weekends in Brighton with critically acclaimed producer Tom Pryor, and consists mainly of live takes with minimal over-dubs – creating a warm lofi, almost Anti-Folk aesthetic.

Frankie is joined by her friends throughout the record, lending vocals, writing and instrumentation. Guest performances come from Martin Simpson, Bird in the Belly, Brian Pearson, and Bread and Roses.

“I was part of a group of women hoping to put a songbook together of women’s songs so I had put the word out and one of the songs that was sent to me was this one. I loved the way Lindseyexplored the “shadow and the sun” – it is nostalgic without being at all sentimental. she was leaving behind a whole era of her life and though she tells us of her specific circumstances, I’m sure we’ve all had turning points that have meant leaving things behind and also feeling gratitude for times gone by.”

Songwriter Lindsey Williams says “I wrote this just after retiring from the NHS after 25 years. It was a time for life review. As I thought back over the good bits, the not so good, the distant past and more recent times, I felt a tremendous gratitude simply for having had the opportunity to live a life”.